New standards are emerging as supplements to the existing ASME Y14 standards, born from the need to standardize 3D CAD processes and the geometric, dimensions and tolerances (GD&T) that still must accompany 3D data sets. The ASME Y14 series has been, and will continue to be the defining authority for model-based product definition. We’ve come a long way since ASME Y14.41 was first published in 2003. These standards continue to evolve, with more updates on the horizon to keep pace with the ever-changing world of 3D CAD.

Fred Constantino, oversees ASME Y14 standards and will present the current state of these standards and future updates at the 3D Collaboration and Interoperability Congress (3D CIC) in Washington, DC on October 29, 2015.

Charter: The development and maintenance of national standards for defining and documenting a product throughout its life cycle and related certification activities. This shall be accomplished by: 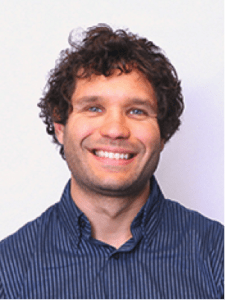 It is clear that standard methods are required to enable and codify Model-Based Definition (MBD). The ASME Y14 series has been and will continue to be the defining authority for product definition. ASME’s Y14 series standards are important to the design community and contribute tremendously to “enabling” MBE. This presentation will offer an overview of standards and the importance of the germane Y14 standards or drafts along with their development status, such as latest content overview and release dates. Find out what is updated and what work is left to do. The presentation will cover each relevant MBD standard with an executive summary, latest content overview, and proposed release dates for: ASME Y 14.5, 14.41, 14.41.1, 14.46.

Fred Constantino earned a dual BS in Aerospace/Mechanical Engineering from the University at Buffalo. From there, he spent a year in Japan at Tohoku University redesigning a remote operated nurse-bot to be fully autonomous. Fred now works as a Project Engineering Advisor for the American Society of Mechanical Engineers (ASME) managing the development and revision of various engineering codes and standards. While with ASME, he received his MS from Columbia University in Mechanical Engineering with concentration on control systems. In addition to his work with ASME, Fred volunteers for Engineers Without Boarders (EWB) designing a water treatment and wastewater treatment system for a health clinic in Peru.

The 3D Collaboration and Interoperability Congress will focus on topics by real users of MBD or MBE with the theme of “Enabling the Model-Based Enterprise (MBE).” To learn more, click here.