Dr. Edward Morse of The University of North Carolina at Charlotte will present at the 2017 Quality Information Framework (QIF) Symposium. The 3D Collaboration & Interoperability Congress (3D CIC) and the QIF Symposium will be held in Golden, Colorado on October 3-5, 2017. 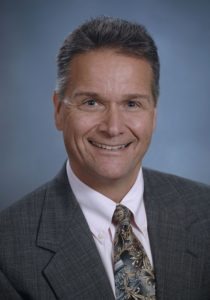 Edward Morse was awarded his PhD from Cornell University in January of 2000.  He departed Cornell in October of 1999 to join the faculty at the University of North Carolina at Charlotte as an assistant professor in the Department of Mechanical Engineering and Engineering Science. He was granted tenure and promoted to associate professor in 2005, and promoted to full professor in 2011. His current research interests include large scale metrology, assembly modeling and analysis, machine tool metrology, uncertainty estimation and analysis, and various aspects of computational metrology.

Dr. Morse is a member of several ASME standards committees for tolerancing and metrology, and is chair of the B89 division 4 for Coordinate Measuring Machines. He is also a Subject Matter Expert (SME) representing the United States in ISO Technical Committee 213 on Geometric Product Specification and Verification.