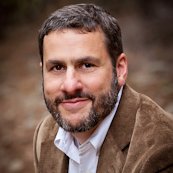 You’re building your case to upper management about Model-Based Definition/Enterprise. You need data. Where do you turn? Who do you ask? Chad Jackson at Lifecycle Insights has built his career on providing unbiased, independent, clear, concise, and digestible insights on technology.

Lifecycle Insights’ latest survey-based research focuses on quantifying the benefits of MBD/MBE initiatives from 460+ respondents over a range of industries:

Register soon to attend the 3D Collaboration and Interoperability Congress (3D CIC) to hear Chad Jackson deliver his much-anticipated MBD research findings during the Day 2 keynote. 3D CIC will be held in Golden, Colorado on October 25 & 26, 2016.
Presentation Title: Quantifying the Benefits of MBD Initiatives
Abstract: Chad Jackson will share findings from his August 2016 study on MBD. The objective of the study has been to categorize survey respondents into cohorts of increasing MBD maturity and quantify the benefits each has or has not realized. The results of this study will provide insight into what advantages executives can expect from their investments in such initiatives.
About the Presenter: Chad Jackson is an analyst, researcher, and blogger providing insights on technologies used to enable engineers. As a prolific writer, he has published educational thought leadership topics hundreds of times. As a sought-after speaker, he has presented dozens of times both domestically and internationally. As an astute researcher, he has surveyed thousands of engineering organizations as part of his research studies. As a commonsense co-host of numerous web shows, he has debated and pushed limits on critical issues. Overall, Chad is an influential, independent, and insightful voice on technologies used to design products.