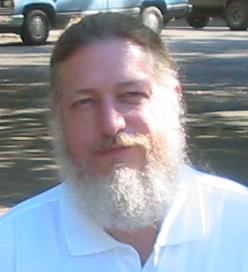 Bob Stone of the Dimensional Metrology Standards Consortium will present at the 2017 Quality Information Framework (QIF) Symposium. The 3D Collaboration & Interoperability Congress (3D CIC) and QIF Symposium will be held in Golden, Colorado on October 3-5, 2017.

QIF, the Quality Information Framework ANSI standard, is an XML based data model for storing and transferring all quality information, from the model-based definition right on down to actual measured results. QIF is big! It has to be for all it does. Getting started with and implementing support for QIF in your 3D CAD software application can seem a bit daunting at first. The printed standard comes in 8 parts, about 1,500 pages total. The QIF XML schema files together comprise 40,000 lines. And the various XML source code generators out there can produce anywhere from 80 to 400 thousand lines of code. Hidden in there are the handful of lines of code and concepts you need to get started. This presentation will:

Bob began work in metrology standards development with the Dimensional Measuring Interface Standard (DMIS) version 4.0, released in 2001. He is one of the primary authors of the Quality Information Framework (QIF), having been involved with that standard since its inception. As a member of the Dimensional Metrology Standards Consortium (DMSC), Bob chairs the QIF Execution Working Group, charged with the task of maintaining and enhancing DMIS, and transferring the measurement program execution functionality of DMIS into the QIF XML-based data model. Bob received his B.Sc. in Physics from the University of Guelph.