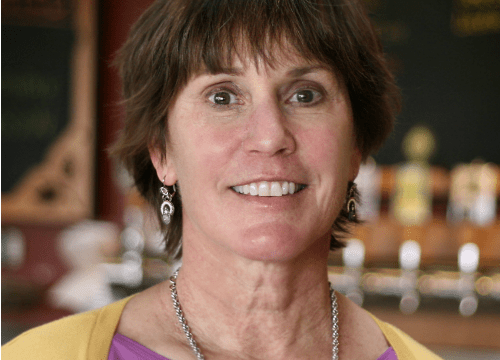 Tapping into the passion and perseverance that ferments into a world-class bottle of beer and how those values flow into Trusting Digital in a Model-Based Enterprise.

Odell Brewing is now the 23rd largest craft brewery in the country distributing beer to just 18 states. Odell’s roots were built on English style ales, but the brewery is now best known for its broad range of hop-forward beers. Innovation and creativity meet balance, consistency and quality in each brew.

This balance is a not just a philosophy for the beers Odell Brewing crafts, it’s a foundation for the company as a whole. The brewery’s managed growth strategy has created and fostered a culture of family and collaboration. In 2015, the Odell family founders sold the majority of the company to its co-workers (now co-owners) in a combined management buyout and ESOP.

Co-Founder and CEO, Wynne Odell, will bring brewing and Model-Based Enterprise parallels to the table as she reflects on:

… and how these pair with
Profit: often the most accurate gauge of value delivered to the customer
Paced Growth: the discipline to focus on long-term strategies
Pragmatic Innovation while preserving the Entrepreneurial Spirit

And yes. We will have at least one of Odell Brewing Co.’s offerings on tap during Tuesday evening’s CAD + Cocktails gathering!

Wynne Odell is co-founder and CEO of Fort Collins-based Odell Brewing Co., the 23rd largest independent craft brewery in the United States. Odell and her husband, Doug, and sister-in-law, Corkie, founded the brewery in 1989. Odell Brewing won the Colorado Society of Human Resources’ Best Companies to Work for in Colorado for medium-sized companies in 2015. Wynne and Doug Odell received Colorado State University’s Charles A. Lory Public Service Award for exceptional and sustained leadership in their community in 2016. Odell Brewing co-founded the Colorado State University Beverage Business Institute and contributes to the fermentation science and technology degree program.

Odell serves on the boards of the Colorado Brewers’ Guild and the Brewers’ Association, and is a member of the President’s Council of the Community Foundation of Northern Colorado and the Colorado State University College of Business Global Leadership Council. Odell received a bachelor’s degree from Whitman College and an MBA from the University of Washington with a concentration in finance. She and Doug received the 2008 Bravo! Entrepreneur award for Fort Collins, and she received BizWest’s Women of Distinction award in 2013.

The 3D Collaboration & Interoperability Congress (3D CIC) focuses on 3D CAD collaboration and interoperability for the entire product lifecycle. The 2019 theme of Trust Digital showcasing organizations that have evolved to trusting digital: tracking their product’s condition digitally at each stage of the product lifecycle. 3D CIC 2019 will be held October 7-11, 2019 at the Buffalo Rose Events Center in Golden, Colorado. Find out more and register at 3dcic.com.