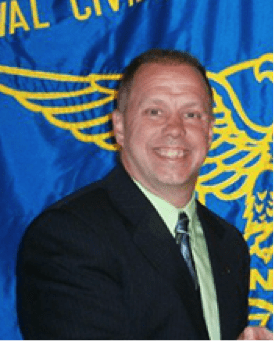 Model-Based Definition (MBD) and Additive Manufacturing (AM) will have increasing importance in the U.S. Navy’s ability to rapidly respond to urgent fleet needs. The Navy has undertaken several pilot projects to navigate the MBD waters resulting in both a steep learning curve and a better understanding of the benefits and challenges of MBD implementation.
John Schmelzle, who has been an integral player in the U.S. Navy’s adoption of Model-Based Definition and Additive Manufacturing, will share lessons from the Navy’s MBD pilot projects at the 3D Collaboration and Interoperability Congress (3D CIC) in Washington, DC on October 29, 2015.
3D CIC Registration and Agenda Info: http://www.cimdata.com/en/education/plm-conferences/2015-plmrm-ad-cic/2015-plmrm-ad-cic-about-cic
Presentation Title: What Does MBD look like for Organic Engineering in the U.S. Navy?
Topics:

Abstract:
The U.S. Navy has been investigating MBE and MBD with a few pilot projects. This includes ways to leverage Additive Manufacturing by creating methods for data strategies, processes, file formats for design, quality, and inspection. In this presentation, find out what the Navy has discovered, and about the challenges and benefits of the technology, standards, and culture.
Bio:
John Schmelzle is currently the AIR-4.8 Additive Manufacturing and Model-Based Definition Initiative Lead. In this role he is working with a NAVAIR command-wide team to further explore 3D printing and its potential to rapidly respond to urgent fleet needs.
Mr. Schmelzle joined NAVAIR in 1986 after graduating from the State University of New York at Stony Brook with a B.S. in Mechanical Engineering. His first position was in the Tool Control Program and was followed a year later by a systems engineering role in the Support Equipment (SE) Engineering Department. He was later selected for the two-year NAVAIR Leadership Development Program. Upon graduating from the program, he returned to the SE design area where he was tasked with finding a solution to the V-22 deck heating problem.
For his work, Mr. Schmelzle has received the prestigious NAWCAD Area Commander’s award three times and was also selected at the People’s Choice Award winner and NAVAIR’s agency winner for the Federal Engineer of the Year Award in 2013.
In addition to a B.S. in Mechanical Engineering, Mr. Schmelzle holds an M.S. in Mechanical Engineering from Drexel University. Mr. Schmelzle is a certified NAVAIR AIR Speed Lean Six Sigma Black Belt, a licensed professional engineer in the state of New Jersey, and the current President of the Joint Base at Lakehurst Chapter of the Naval Civilian Managers Association.
More about 3D CIC:
The 3D Collaboration and Interoperability Congress will focus on topics by real users of MBD or MBE with the theme of “Enabling the Model-Based Enterprise (MBE).” To learn more, click here.