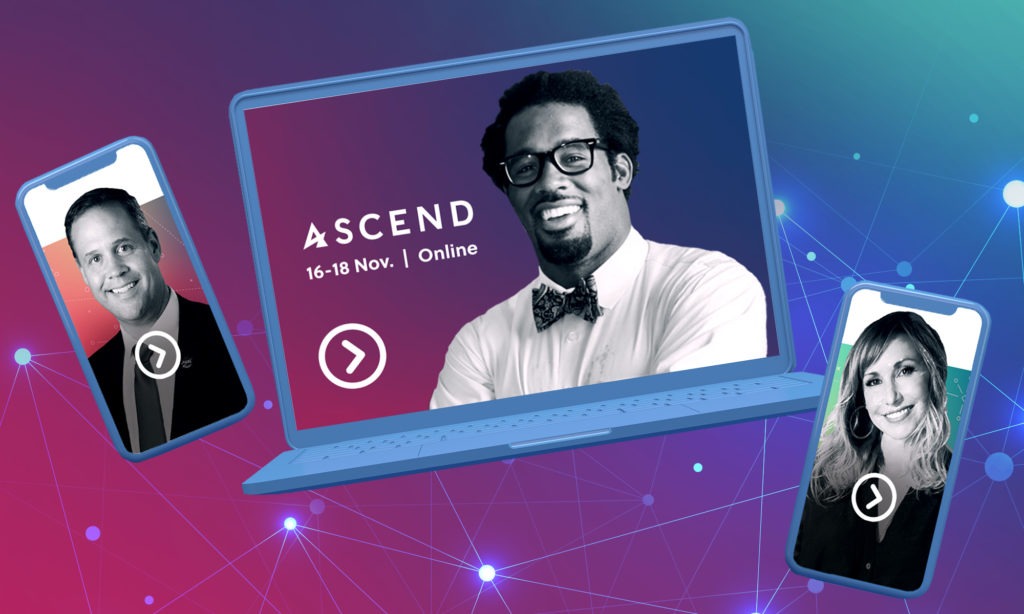 ASCEND is for risk-takers, disruptors, and innovators

It is the most forward-thinking space conference in the world. Launched by AIAA, ASCEND brings together the right people to discuss fundamental questions and deliver solutions that will advance the global space community. We combine technical and non-technical content in a highly engaging and intentional way so attendees can play an active role in contributing to the building of our off-world civilization. ASCEND is packed with value for the disruptors and innovators that we love the best.

The launching pad of the $1 trillion space economy

ASCEND is the international space community’s first event focused entirely on getting humanity’s off-world future off the ground. By bringing together traditional players like propulsion, national security, commerce, and science along with many new to the space, like hospitality, tourism, mining, and entrepreneurs, ASCEND not only gives you a platform to advance your career and broaden your contacts within the industry, but it’ll serve as the point of departure for the burgeoning space economy as it skyrockets from $4 billion today to more than $1 trillion in the next twenty years. Are you ready to ASCEND?

The event is finished.